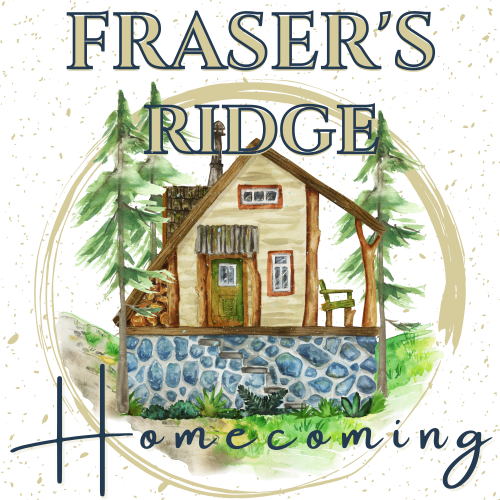 Where The Present Meets The Past

This dance group brings to life the Cherokee War Dance and Eagle Tail Dance as described by Lt. Henry Timberlake in 1762. They are designated as official cultural ambassadors by the Tribal Council of the Eastern Band of Cherokee Indians and are sponsored by the Museum of the Cherokee Indian. They have performed at Colonial Williamsburg, the National Museum of the American Indian, the Smithsonian Museum of Natural History, Montreal, and throughout the Southeast.  See some of their dances here.

The War Dance was used not only when men went to war, but also when meeting with other nations for diplomacy and peace, and within the Cherokee nation was also used to raise money for people in need. It conveys the strength of the Cherokee nation.

The Warriors of AniKituhwa also perform Cherokee social dances, including the Bear Dance, Beaver Hunting Dance, and Friendship Dance. They talk about the significance of the dances, their clothing, and Cherokee history and culture. They can provide living history demonstrations and programs in flute, storytelling, Cherokee language, beadwork, quillwork, and more. 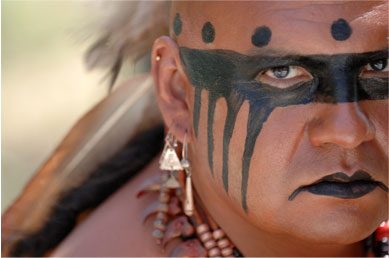 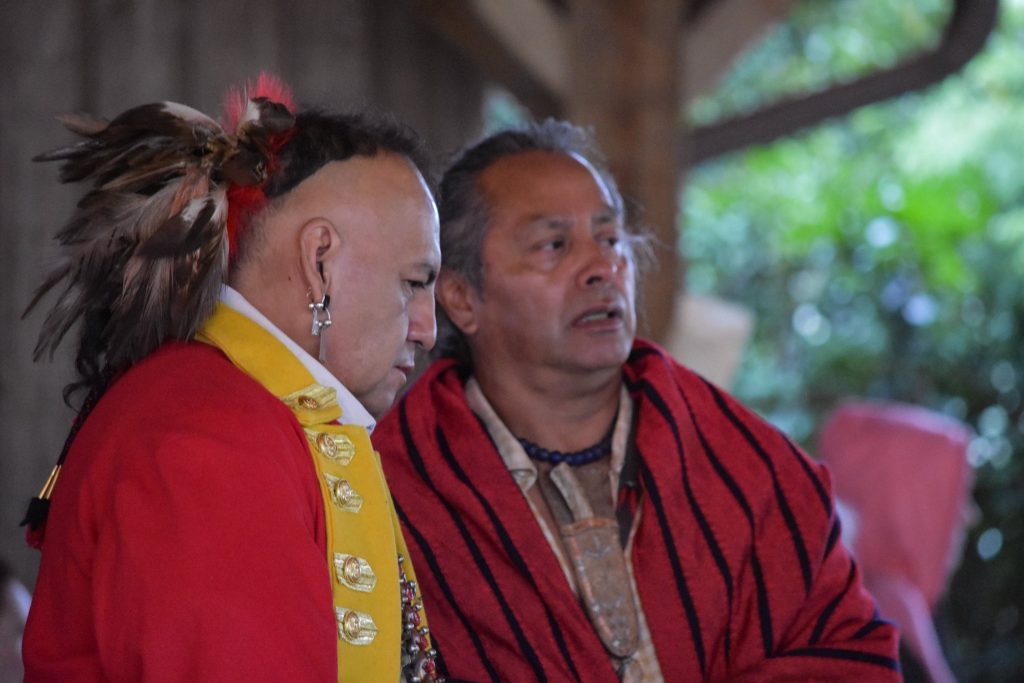 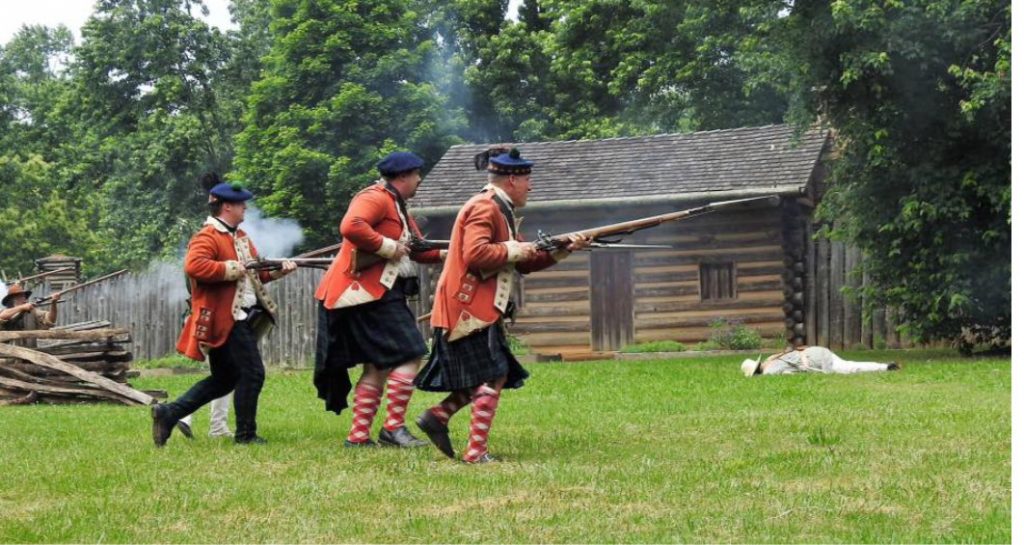 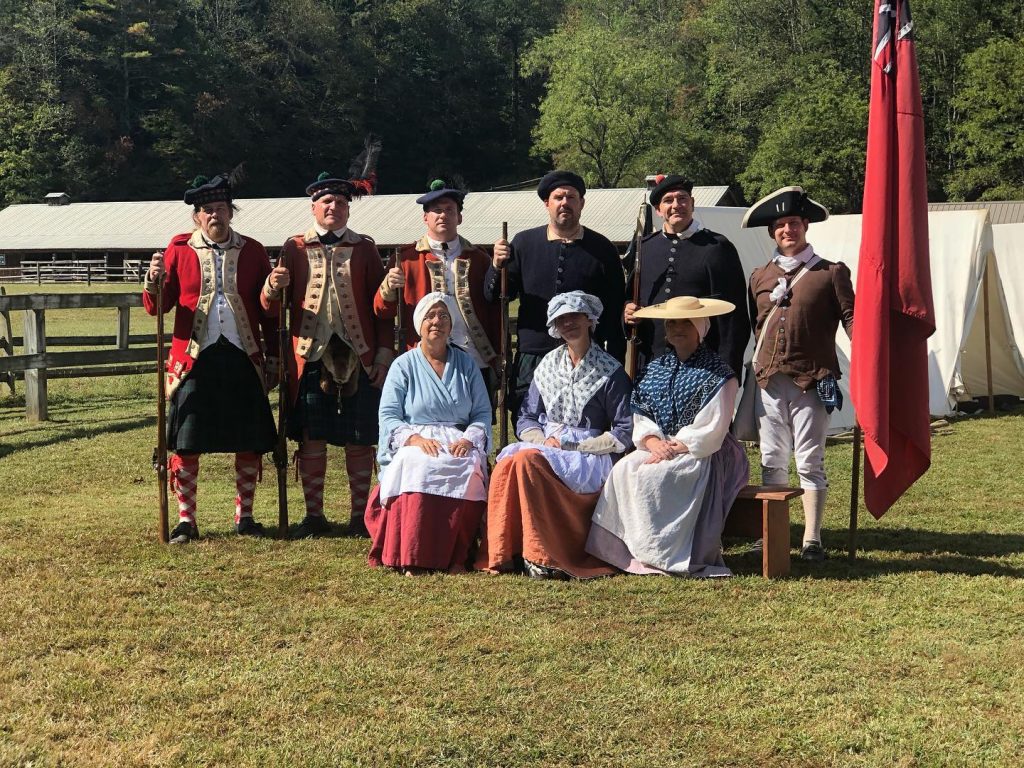 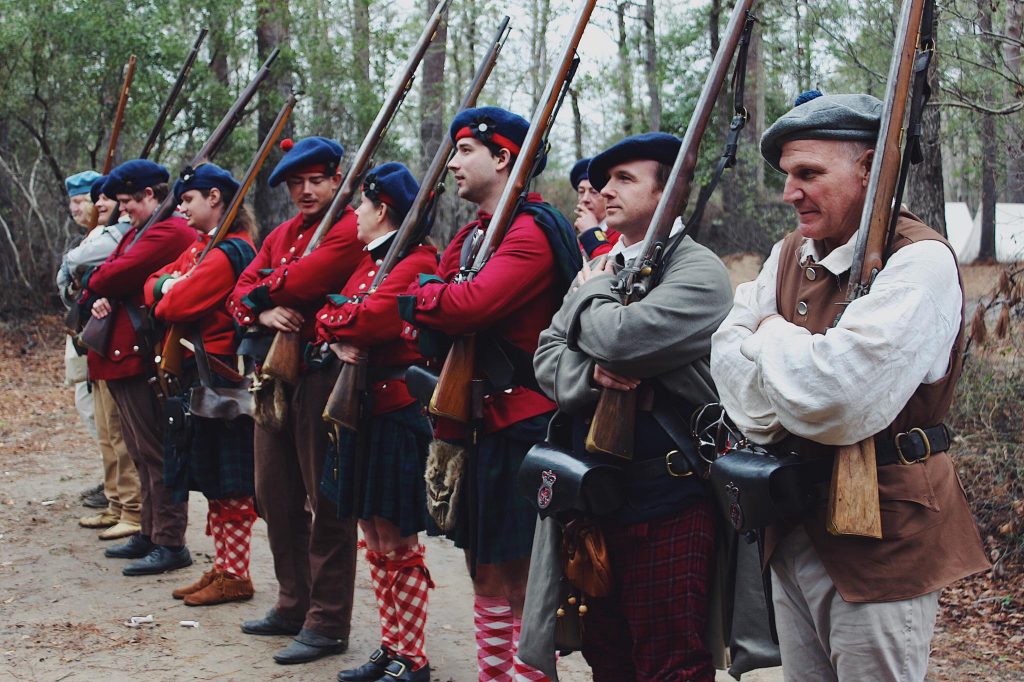 The 71st Regiment of Foot, informally called Fraser’s Highlanders after Simon Fraser, was raised in the Highlands of Scotland specifically for the American Revolution. Soldiers were recruited from Inverness, Glasgow, and Dundee.  Fraser would not join the Regiment in America but many veteran officers from the 78th regiment, Fraser’s regiment from the French and Indian War, would accompany the 71st to NY. The 71st was engaged in almost every major battle in both the Northern and Southern theatres of operation.

The 71st would join Cornwallis’s efforts to take the war to the south in the hopes of encouraging Loyalist to join the Crown forces. Fraser’s highlanders would take part in almost every engagement in North and South Carolina. They were a vital part of the British force that took Savannah and Charleston but would go on to suffer heavy casualties at Cowpens where the entire 1st battalion was killed, wounded, or captured. The remainder of the 71st would fight at Guilford Courthouse, in modern-day Greensboro, NC, and suffer almost 50 percent casualties. The final action for the 71st in North America was the siege of Yorktown where they would surrender with the rest of Cornwallis’ army.
The recreated 71st regiment participates in 8-10 reenactments a year and has members from all over the southeast and from all walks of life. Our members are teachers, military personnel, artists, engineers, and business people but we all share a love of 18th century history and a passion for the Highland men and women we portray!

The Mecklenburg Militia participates in regional Revolutionary War battle reenactments and living histories all over the southeast United States. They have been involved in large scale re-enactments as well as local living histories. The Militia’s goal is to represent the local people from the Charlotte region as accurately as possible. They portray anything from continental line soldiers, to militia, and British loyalist if need be.

Authenticity is important to the Mecklenburg Militia and their members strive every day to earn the reputation that they currently hold. However, the reasons why they  became involved in this hobby reach far into their very being.  Why did members of the original militias fight the battles they did, lived the lives they led, and ultimately died the deaths they died plus what were their motivations? The Mecklenburg Militia feels that there are many answers to these questions. They believe all they can do as living historians is attempt to understand the people who came before them and try to emulate their beliefs and actions.

To the Mecklenburg Militia, the past is ever close and constantly calling to them. It lives in their members every day and calls them to represent their ancestors to the best of their ability. To do less would be an insult to who the revolutionary war militias  were and the country they created for us. 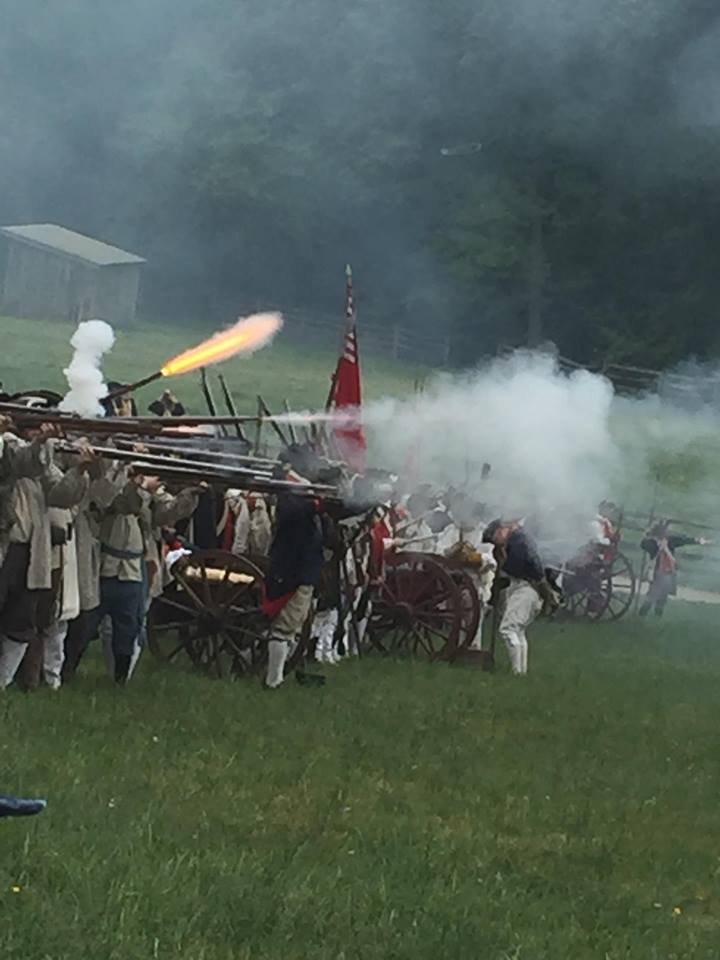 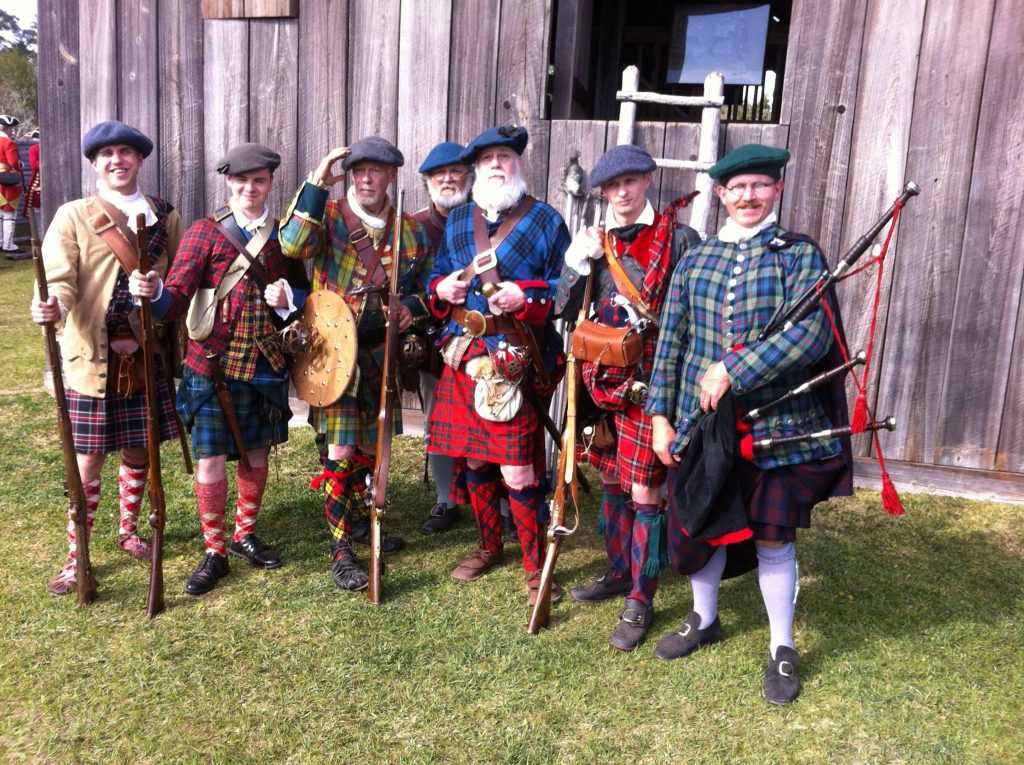 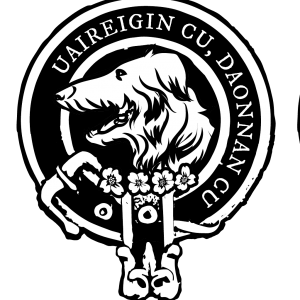 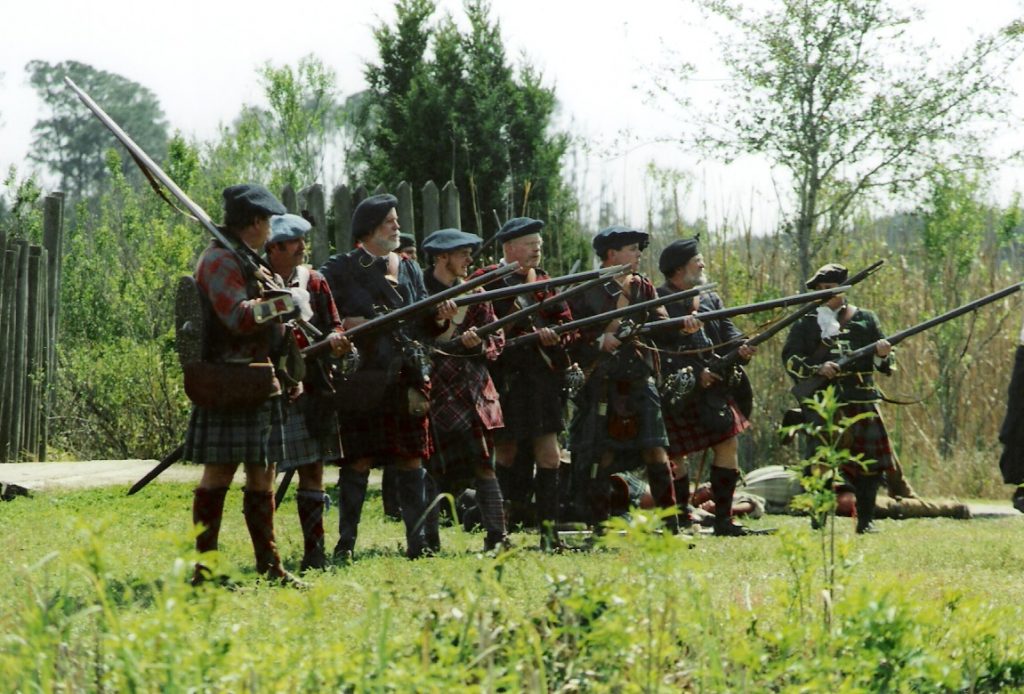 Clann Nan Con is a living history group with a mission to honor our Scottish ancestors by providing as accurate a portrayal as possible of the Highlanders who fought for the Stuart cause in the 1745 Jacobite uprising and the early Scottish settlers of Georgia and other parts of North America. It was founded in 1998 by a group of long-time Civil War Reenactors looking for a new challenge.  The clan name is Gaelic for “Clan of the Dog.” The Clan motto is “Uaireigin Cu, Daonnan Cu” translated as “Once a dog, always a dog”. Membership is drawn primarily from Georgia, North Carolina, and Florida. Each man furnishes his own kit and wears clothing accurate to the period with historically accurate weapons and equipment.

Clann Nan Con portrayed the Highland Independent Company of Darien in History Uncovered, an educational film developed for Fort Frederica National Monument. The group is at the heart of living history events at Forts Frederica and King George on the Georgia coast, and participates throughout the Southeast in living history encampments, treks, battle reenactments, and Highland games and Celtic festivals. Members have participate in events in Georgia, Florida, North Carolina, Ohio, and Pennsylvania.

The 84th Regiment of foot was originally embodied in Nova Scotia.  In 1775, they came down half strength to recruit Highland Scots in the Carolina colony.  They were largely recruited in Campbelltown and Cross Creek NC (now Fayetteville).  The recruits marched from there to Wilmington with an eye towards boarding ship to return to Nova Scotia to train to become the 7th Co. 2nd Bn. of the 84th.  They reached Moore’s Creek where the Patriots had an entrenched position with a canon and swivel gun on the other side of the bridge.  Most of the planks had been removed by the Patriots and the bridge timbers greased but the 84th recruits still attempted to cross and charge the Patriots.  The recruits were soundly defeated; however, many of those who survived scattered in the woods and made it to Wilmington and the ship.  They became an established regiment in 1778/1779.

The 84th served with distinction throughout the colonies and were the only regiment to keep their broadswords. 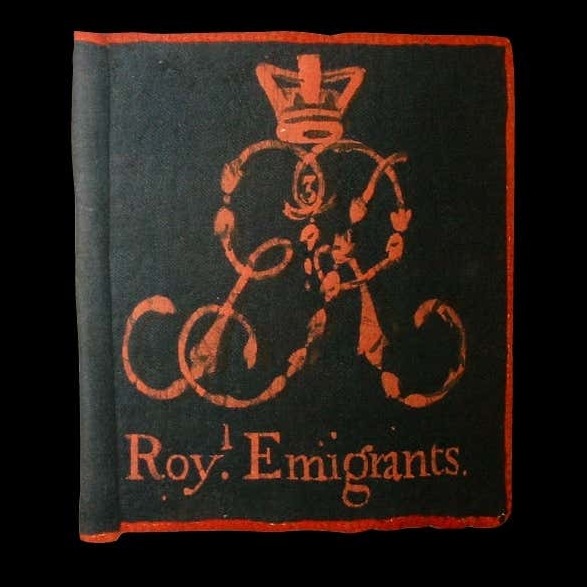 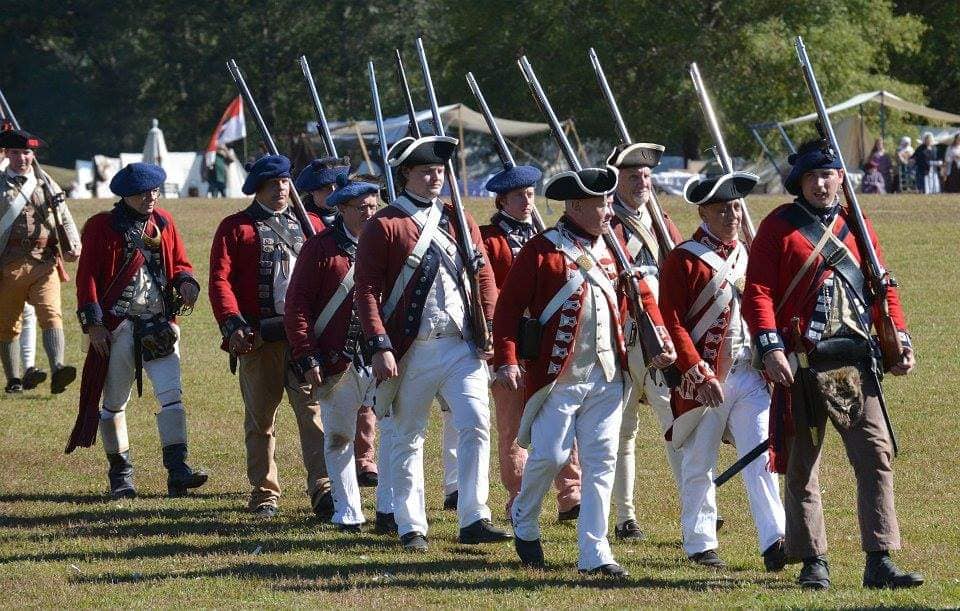 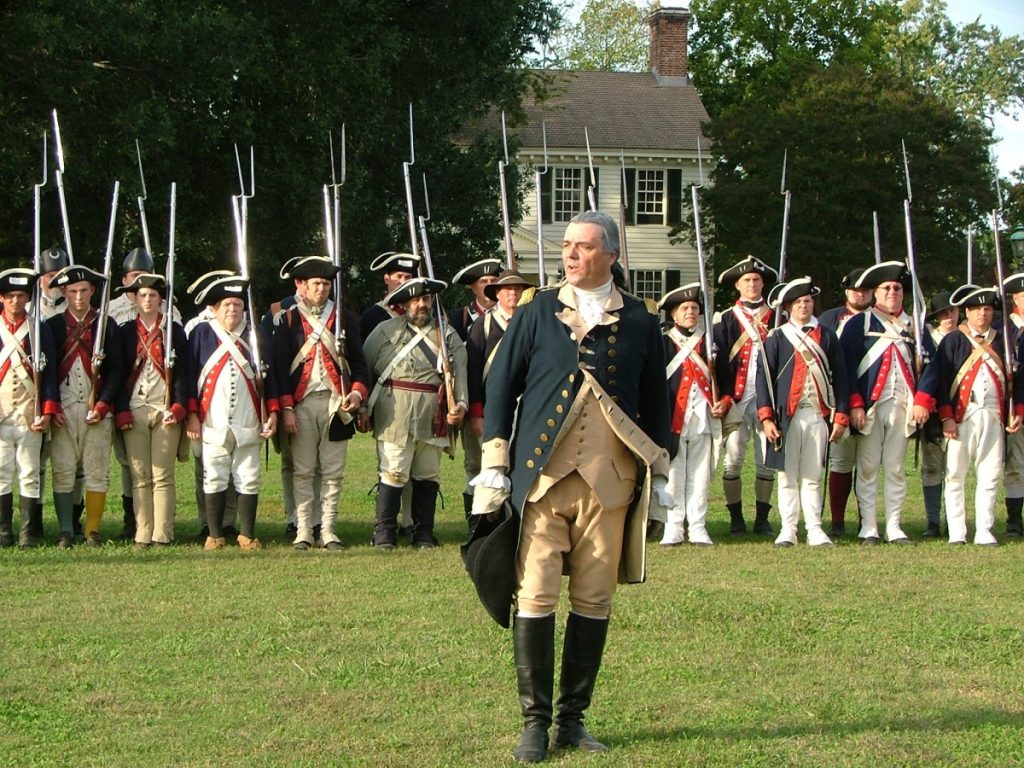 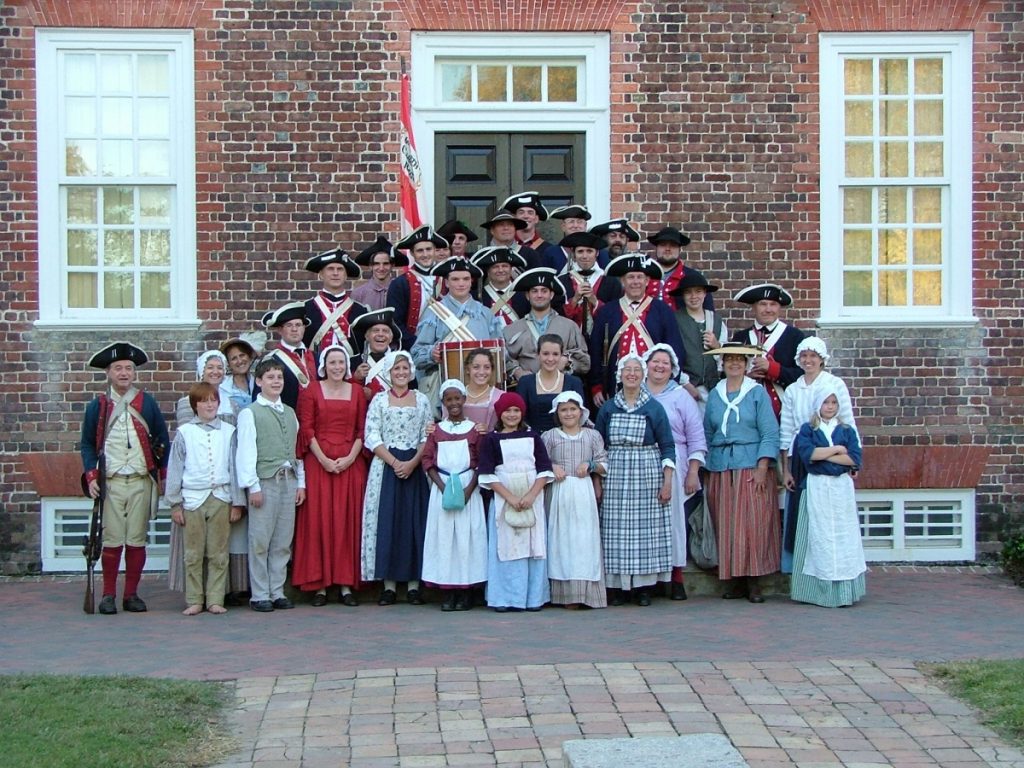 The 6th visits historic sites throughout the Carolinas, Virginia, and beyond, where they reenact battles and demonstrate eighteenth century skills and camp life. They have fun together and their members would not devote so many financial and temporal resources to the hobby if they did not love living history.

The 6th NC Regiment takes historical reenacting very seriously and prides themselves on the high quality of their interpretations of eighteenth century life. As reenactors, they share their historical knowledge with the public through these interpretations. In this manner, the Regiment can vividly explain the past, the everyday men and women who demanded freedom from colonial rule, and the social customs that defined their daily lives.